Today was a special day. She had come home with me. After more than two years of knowing her, I finally convinced her to come to my home. She was nervous and scared with this new beginning. But I was elated. After all, I had found in her a daughter I always wanted to have.

It had been five years to my marriage. But God had not blessed me with a child. I had tried all medications but failed. I had visited all temples and pledged to come back again if God fulfilled my wish. I had stopped visiting my relatives lest they ask me when I was going to give them the ‘good’ news. Nobody knew what I was going through. Medications had made me weak and frail. Every month, I would hope for the best and do the test. Every month, it would be negative. And then, I would cry for hours. In the evening when my husband would come home and I would break the inevitable news to him, there would be complete silence after that. Life had stagnated there for us. 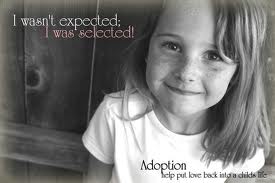 It was two years ago when I visited a temple near my home and first met her. She was sitting outside it, begging. She must be around ten years old. Her clothes were all torn, hair entangled. I gave her a five rupee note and walked away. In my mind, I was framing the things I had to ask from God today. I went inside the temple and offered my prayers to God.  But more than offering my prayers, I reiterated to him what I wanted from life. I requested him to make my life perfect.

The same ritual continued for over a month. She would see me coming and smile. Initially, I would just give her a five rupee note and then move on.  But as time passed, I too started smiling back at her. There was an unsaid bond forming between us. We had never spoken until that day when I found her crying. She had a very high fever and I got her medicines. It was that day that she poured her heart out to me. She told me how some stranger had lured her with a choclate and kidnapped her. She was too small to realize that the person had evil intentions. After having assaulted her, the person had left her on the streets. She did not know where her parents lived and had faint memories of her them. She wanted to go back but was not sure how.

Her story left me shaken. How could someone do that to a small girl? What was life ahead for her? Would she keep begging her whole life now and pay for someone else’s sins? Was there no escape?

The more I thought, the stronger became my urge to help her. Sometimes, I would brush aside these thoughts telling myself she was nothing to me. She was God’s responsibility. I had my own set of issues in life. Why bother for her? Why not just keep giving her those five rupees everyday and be satisfied? But something in me would not let me be in peace. Something in me told me that more had to be done.

When I could no longer ignore my feelings, I discussed this with my husband. We thought of taking her to the police station and get a report filed. But were not too sure how much of that would really benefit. We thought of getting her admission in a day care center but the recent news of sexual molestation in these children homes shook us up. And then my husband suggested we bring her to our home; adopt her.

At first, I thought he must be crazy. How could we adopt a street kid? How could we bring home a girl with no name? And that too, when she was a ten year old? What if her real parents came someday and took her away?

Even before this, my husband had put forward the idea of adopting a child but I had rejected the thought hoping that God would give us our own child. I wanted to feel the pleasure of motherhood by carrying my child in my womb. My husband had given in to my thought process and the discussions stopped there.  But today, he was not ready to give up. He asked me to give it some more thought.

May be, God had his own way of signaling us. May be, she was indeed born to be our daughter. Why else would I have felt such a strong bond towards someone without even speaking a word to her? Why else would I have felt the pain when she was not well? Why else was I thinking so much about her? Why else was she not just a unkempt street kid for me? Questions like these troubled me. Suddenly, I started feeling the urge of giving her my love; of bringing her home; of being her mother.

It took me precisely 46 hours to finally agree to my husband. But as soon as the decision was taken, we did not want to lose even a minute to get her home. We waited with open eyes for the next morning. In the morning, we both rushed to the temple and found her sitting there. As soon as I saw her, I embraced her, kissed her.  She did not know what was happening. Everyone around us was staring as if I had committed a crime. Someone embracing a street kid was not such a common sight. But I was not bothered of what people would think. I had decided to give life a new chance.

When I first asked her if she would come home with me, she replied back asking if I would give her something to eat. Her innocence touched me deep within. The child was too worried of where her next meal would come from. Time had matured her ahead of her age. I told her I would give her food, new clothes and toys. She asked me if there was any male member at home. She was not ready to be lured yet again and face the same assault. She was wounded deep inside by the scars of her past.

It was after an hour long conversation I could convince her to come with us. After going to the court first to complete the legal formalities, we came home to a new beginning. In each other, we had found a new life. She was now my daughter and I was her mother.

We named her ‘Mannat’. After all, she was God’s answers to all my prayers.

Author of "My Beloved's MBA Plans", "Because Life Is A Gift" & "Corporate Avatars"